Rodney Bell for Meremere by Movement of the Human. Photo: Tom Hoyle

APAM is excited to partner with Arts Centre Melbourne to present Curated Conversations for Alter State.

Curated Conversations is a creative weekly exchange held over four weeks, exploring the work of Alter State’s foundation artists Joshua Pether, Carly Findlay and Rodney Bell, with APAM’s Creative and Access Consultant, Dan Graham. These conversations will share each artist’s practice as it is shaped by their geographic location and history, and explore new approaches to access.

View recordings of the sessions: 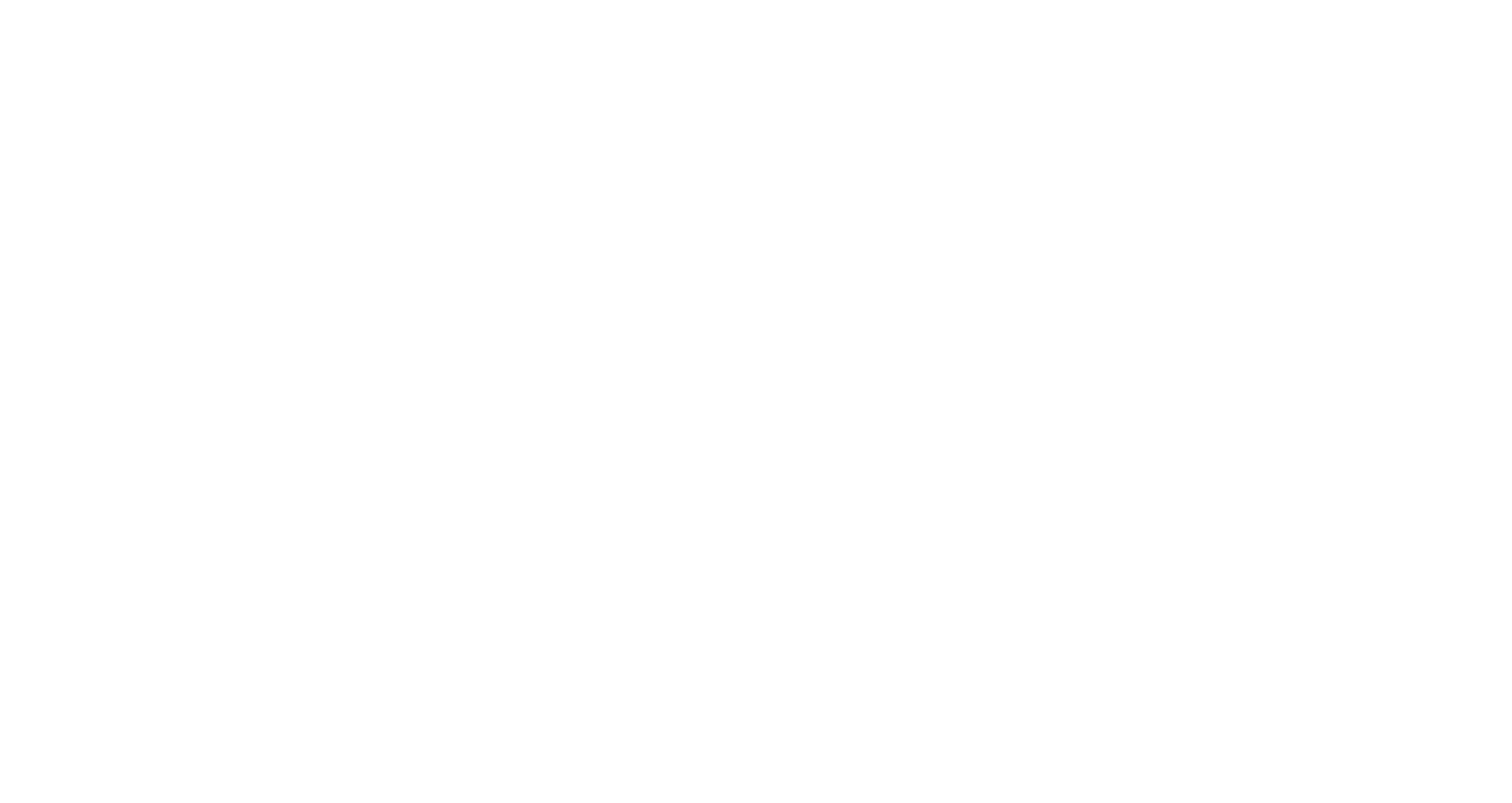 Dan Graham
Dan is a theatre director and a disability advocate with a particular interest in access support for neurodiverse performing artists. Dan has a neurodiverse disability and accompanying neurological challenges that impact his daily life including his creative ability. His directing and access work have seen him travel all over Australia and the world to research and explore access and inclusion. Dan has engaged with companies across Australia such as Bell Shakespeare, Sydney Festival, Sydney Fringe, Antipode Theatre Company, and the Ensemble Theatre. His recent collaborations in the US include the Atlantic Theatre Company and Pasadena Playhouse and in the UK the Globe Theatre. Dan is a fellow of the Australia Council’s Future Leaders Program, an Ian Potter Foundation scholarship, and Create NSW fellowship recipient. He has a stellar director resume and uses his success to advocate for other artists who identify as neurodiverse. Dan studied BA (Communication) and MCA (Theatre, specialising in directing) at the University of Tasmania and Honours in Performance Studies at the University of Sydney. His Honours paper focused on the playwright’s intent and how this is realised in the director’s vision. Dan also holds a Certificate IV in Training and Assessment. Dan is a board director of Arts Access Australia and a regular peer assessor for the Australia Council for the Arts. He is the co-chair of the Media, Entertainment and Arts Alliance’s (MEAA) artists with Disability Board and on the LGBTQIA+ disability advisory group for ACON. He is a board member of the Hickson Road Group Accessible Arts, and a member of Accessible Arts NSW Artists Advisory Group. dangraham.com.au

Robert Softley Gale
Artistic Director, Birds of Paradise Theatre Company. Robert is an established figure in the Scottish arts scene, with over ten years of experience in diverse roles including disability rights activist, actor and performer, writer, artistic director and advocate of equality of access to the arts for disabled people. Robert has appeared in many productions and has developed his own artistic practice – including instigating, co-writing and performing in Girl X for the National Theatre of Scotland, directed by Pol Heyvaert of Belgium’s Campo. His award-winning writing debut and solo performance – If These Spasms Could Speak – was a hit of the 2013 Made in Scotland programme and has subsequently toured internationally to countries including Brazil and India. Robert joined Birds of Paradise as Artistic Director in November 2012.

David Bellwood
David has worked in theatre for over 20 years, having started as a dancer in the world tour of Riverdance. He joined the Royal National Theatre in London in December 2022, where he works across accessibility in the built environment, artistic output, amongst audiences and for staff members. He has worked in supporting Deaf, disabled and neurodivergent theatre-makers across several disciplines, seeking to remove the barriers to creating work that is at the core of Access. He was previously Access Manager at Shakespeare’s Globe, where he received the Leonard Cheshire award for Most Inclusive Employer on the theatre’s behalf, and has consulted with various theatres and cultural organisations in Access, ranging from the Brooklyn Academy of Music to the Cultural Paralympics, Tokyo. In 2022, David will step down as a trustee of Deafinitely Theatre, a Deaf-led National Portfolio Company of Arts Council England. His current focus is on Dementia-friendly work and community-led audio description.

Carly Findlay OAM
Carly is an award-winning writer, speaker and appearance activist. Her first book, a memoir called Say Hello, was released in January 2019. Carly edited the anthology Growing Up Disabled in Australia with Black Inc Books. It’s in stores now. She writes on disability and appearance diversity issues for news outlets including CNN, Vogue, the ABC, The Age and Sydney Morning Herald and SBS. In 2020, Carly Findlay received a Medal of the Order of Australia (OAM) for her work as a disability advocate and activist. Carly works part time as Melbourne Fringe’s Access and Inclusion Advisor. In her role at Melbourne Fringe, she works to educate artists, venues and the wider arts sector in creating accessible shows; and builds and maintains close relationships with Deaf and disabled artists. She has appeared on ABC TV’s You Can’t Ask That, The Drum and Cyberhate with Tara Moss, and has been a regular on various ABC radio programs including cohosting The Arts Show’s International Day of People with Disability episode in 2020. She has spoken at the Ubud Writers Festival, Melbourne Writers Festival, the University of Western England and Melbourne University – to name a few. She organised the history-making Access to Fashion – a Melbourne Fashion Week event featuring disabled models. She has a Masters of Communication and Bachelor of eCommerce. Carly identifies as a proud disabled woman – she lives with a rare, severe skin condition, ichthyosis. She organised Australia’s first Ichthyosis meet in 2015 – bringing together 75 people affected by the rare, severe skin condition Ichthyosis. 25 attendees had Ichthyosis. Friendships and support networks were formed. carlyfindlay.com.au

Joshua Pether
Joshua is of Kalkadoon heritage but lives and works on Noongar country in Western Australia. He is an experimental performance artist, dancer and choreographer of movement, temporary ritual and imagined realties. His practice is influenced by his two cultural histories: indigeneity and disability and the hybridisation of the two with particular interest in the aesthetics of the disabled body and also that of the colonised body. As an independent artist, he has had work shown in Perth, Melbourne, Brisbane, Sydney and New York, and has performed in festivals and events such as the Undercover Artist Festival, YIRRAMBOI Festival, Next Wave, APAM, Short Cuts, MoveMe Festival, SuperCell Festival of Contemporary Dance In Situ and The First Nations Dialogues in New York. He is the creator of two solo works, Monster and Jupiter Orbiting. He is also a former member of LINK Dance Company, Ochres and Touch Compass Dance Company based in Auckland, New Zealand.

Patrick Carter
Noongar artist and performer Patrick Carter uses performance, video, sound and painting to tell his stories. His work with The Lost Generation Project in 2007 and 2008 laid the foundations for a multi-disciplinary practice that includes elements of painting, dance, performance, and musical composition. He has developed a distinctive body of digital artworks, short films and large-scale projects exploring the challenges he faces in life and the relationships between emotion, colour and movement.

Daisy Sanders
Daisy is a Perth-based independent artist, a graduate of WAAPA (2013 BA Dance, 2017 First Class Honours) and a proud company member of Sensorium Theatre. She creates, performs and produces immersive choreographic works (Status Room 2014, PACES 2015, Choice Velocity 2016, A Resting Mess 2017-20) and is a rigorous, playful artist working across a variety of cities and contexts. Daisy has a passion for arts advocacy and accessibility. As co-founder of FLOCK she facilitates caring communities of practice for artists of all disciplines. Daisy’s lived experience of illness (endometriosis and chronic fatigue syndrome) enabled her to generate a unique and enduring dance research approach: she explores sustainability in bodily and social ecologies via a somatic focus on cycles of rest, activity and waste. Daisy has worked with Geoff Sobelle (USA), Teac Damsa (Ireland), Routa Company (Finland), Jo Pollitt, Joshua Pether and Company Upstairs (WA), Alexandra Harrison and KAGE (VIC). She was a 2019 Australia Council Career Development artist, a 2017 Culture and The Arts WA Fellow and the 2009 Young Canberra Citizen of the Year.

Imani Barbarin
Imani is a disability rights and inclusion activist and speaker who uses her voice and social media platforms to create conversations engaging the disability community. Born with cerebral palsy, Imani often writes and uses her platform to speak from the perspective of a disabled black woman. In the last few years Imani has created over a dozen trending hashtags that allow disabled folk the opportunity to have their perspectives heard while forcing the world to take notice. #PatientsAreNotFaking, #ThingsDisabledPeopleKnow, #AbledsAreWeird and others each provide a window into disabled life while forming community. Imani is from the Philadelphia area and holds a Masters in Global Communications from the American University of Paris. Her published works include those in Forbes, Rewire, Healthline, BitchMedia and more. She runs the blog CrutchesAndSpice.com and a podcast of the same name. She currently serves as the Communications Director for a nonprofit in Pennsylvania.

Rodney Bell
Rodney is from Aotearoa and descends from Tainui Waka and of the Ngaati Maniapoto Iwi (tribe). Performing artist, advocator, provocateur, Rodney enhances each given moment to contribute in a meaningful way to performance. Though Rodney had acquired his disability 30 years ago, he has a strong desire to discover a greater sense of mystery by embracing uncertainty with the willingness to seek out new horizons. His talent and leadership as a disabled performing artist have won him The Creative New Zealand – Toi Iho Pūmanawa award (lived experience of disability and is making a national or international arts contribution) in 2020, The Grant Tilly Actor of the Year Award at the Wellington Theatre Awards 2018, Arts Access Artistic Achievement Award 2017 and the Attitude Artistic Achievement Award in 2016.

Malia Johnston
Founder and Director of Movement Of The Human, Malia is a leading New Zealand choreographer and live performance director who has created a significant repertoire of performances as well as representing New Zealand on the international Stage. Winner of Director of the Year 2018 for the piece Meremere, Malia’s strong collaborative interests have seen her work with an incredibly diverse range of performers and arts organisations across NZ, from her recent theatre work Owls Do Cry to her various contemporary dance pieces created on a range of NZ dance companies, to being the artistic director and show director of New Zealand’s iconic event The World Of Wearable Art Awards since 2002. She was commissioned to create a new integrated work for the Australian Commonwealth Games arts festival 2018 titled HURIHURI (a sister work to Meremere) involving aerial work with Rodney Bell. Malia developed and directed the creative element for the Pukeahau National War Memorial Park opening in Wellington along with the national Armistice commemoration in 2019. Her immersive work Rushes won 4 awards and most recently her work Belle was selected for presentation at the NZ International Arts Festival 2022.